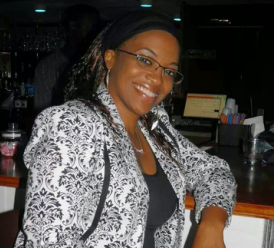 Michelle Malcolm-Williams was born in Brooklyn, New York on October 23, 1975. The daughter of Carlos Malcolm, famous Jamaican bandleader/composer/publisher. Michelle spent several years as secretary/events coordinator for CAM Music Producers & Publishers, LLC established by her father. In this role, Michelle became conversant with the operations and attributes of event planning, advertising and publishing. In 1998, Michelle married Garth Williams, a well-known disc jockey and promoter in the metropolitan area of Washington DC. Michelle and Garth migrated to Florida with their family and established Sugah Kane Lounge which imported many Jamaican artists for live performances. After 7 year of such operation, Michelle & Garth established JamRock Bar & Grill and turned their interest to Jamaican cuisine. The restaurant has brought and still brings a strong clientele of people, most of whom have no ready access to information about the city in which they live. Wishing to expand their services to the community, Michelle & Garth have tapped into their exposure to City Hall and important aspects of activities pertaining to the functioning of the city. Michelle with other like-minded people have established “Come-Unity,” an organization dedicated to the dissemination of information which hopefully will be of use to families that visit JamRock as well as others via online publication.